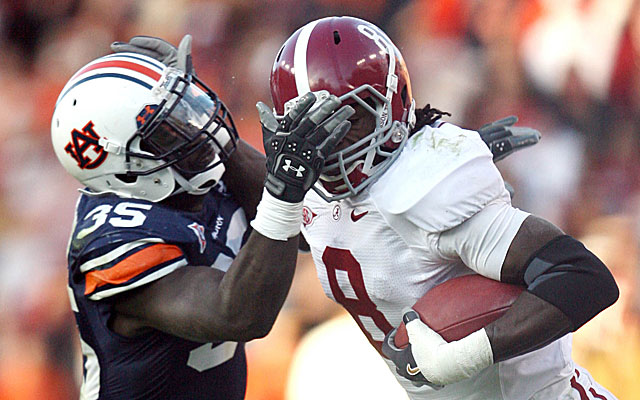 Living in Alabama, I can tell you a thing or two about rivalries. The rivalry between the and Auburn University is one of the biggest rivalries in college sports. In Alabama, there are two types of people, those who say “Crimson Tide” and those who say “War Eagle.” You might find the odd Georgia or Tennessee fan, but everyone looks at them with disdain and silently mocks them as they leave the room.

In the state of Alabama, coaches come and they go. Players are bred, growing up with only one goal in mind, playing for Alabama or Auburn. Here, men sweat, bleed, and even cry in two colors: crimson and white or orange and blue. Here, whole seasons are defined by one game and one game only. Here, a coach may redeem himself after a losing season with only one win. Likewise, a coach can completely discredit his team with only one loss. The Iron Bowl.

The first Iron Bowl was played on February 22, 1893, and a rivalry was born. Almost as soon as the players left the field, the two teams were in disagreement. They couldn’t decide which season the game should reflect. Alabama considered the game to be the final match-up of the 1892 season; Auburn believed it to be the first game of the 1893 season.

Further disagreements took place when they couldn’t agree on a set amount of player expenses to pay. They also argued about where to obtain their referees. These arguments resulted in a suspension of the series after 1907. It wasn’t until 1948 that the disagreements were put aside and the series was reinstated.

This game has caused fights, divorces, and even attempted murders. It’s not for the weak of heart, and outsiders are definitely unwelcome. So if you’re ever in Alabama the last weekend of November, ask yourself where your loyalties lay, but to be on the safe side, don’t answer out loud.