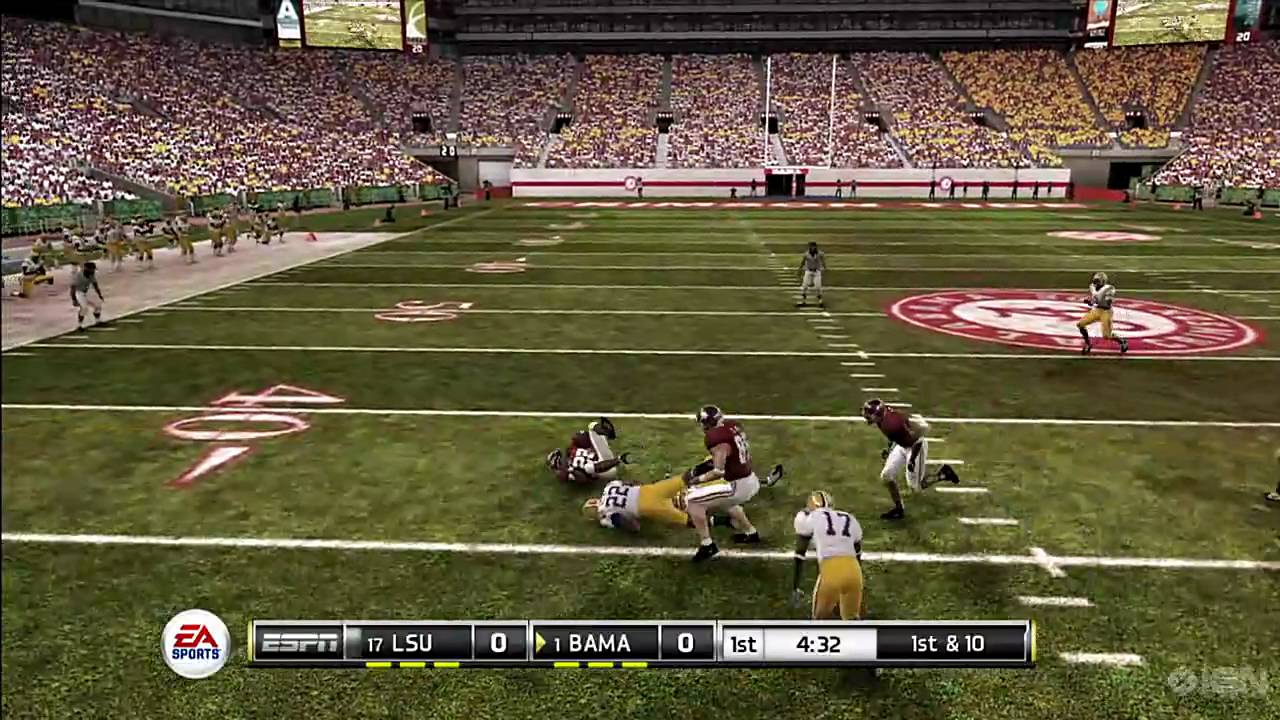 Every year the buzz for sports gamers usually comes to a full fledged high point during the release of football games NCAA Football and Madden. The first of these titles NCAA Football 11 was recently released July 13th and this year it certainly does not disappoint. EA Sports latest installment of their hit series is worth a rent or even the $59.99 required to make a copy of your own.

Often times consumers hold off on buying the newest titles of games because of a lack of new features, however this year EA has made a number of improvements on the title. The Dynasty mode seems to be revamped with a more in-depth recruiting system. After buying the game, I spent over 10 hours in Dynasty mode just recruiting new standouts to come play for my university. Before I knew it, I had spent almost an entire day of playing without getting into real gameplay. In recruiting for your dynasty you can even make pitches against competing schools for players. Your university is able to make pitches based on your long standing strong suits. For example, if you have decided to become the head coach of Arizona State, you can pitch your campus lifestyle while trying to recruit players and use that against schools such as BYU and smaller schools who do not provide a "party" atmosphere for prospective athletes.

After a period of time it was time to get into actual games. The graphics are greatly improved in NCAA Football 11. They feature pre-game rituals that are what you would see on actual Saturday's on a campus near you. The fans in the stands look authentic and have a large variety of how they cheer on the home teams. As you control your team you will also notice that some stadiums such as LSU or the Swamp at the University of Florida provide a tougher test with loud crowds, much like real college athletes must endure. Your players will become rattled and have a tougher time making key plays at big moments.The presentation and broadcast feature Brad Nessler, Kirk Herbstreet and Erin Andrews as the sideline reporter. With assistance from ESPN presentation, the games have fluid replays and offer a variety of camera angles to enjoy big plays you have made and want to witness again. Overall, the game play is greatly improved and the best of any NCAA Football title.

The final key feature of this years title is the Road to Glory mode featuring Erin Andrews. This game mode allows you to take control of a single recruit and guide him throughout his college career, first starting in high school and trying to earn the best scholarship options possible. You can select the position you want your student-athlete to play and try to help him make plays on the field while leading his team to victory and also attempting to stay on top of a practice schedule and maintaining a minimum GPA. Overall, this game mode seems improved and worth the time and effort to play it.

NCAA Football 11 is a fantastic title that has lived up to the hype. Hours upon hours can be spent enjoying the latest in the longstanding EA Sports football game series. I would give this game a solid 9/10 for its fantastic graphics/gameplay, in depth dynasty mode and the entertaining Road to Glory mode. This game is a must have if you are an avid sports video game player!